LAHORE: Pakistan’s emergency mobile service application Mohafiz is expanding its footprint and entering the field of reliable care assistance - a first-of-its-kind service among private sector startups in the country. The startup, which kick-started operations in 2015, was initially providing its services in case of harassment, robbery, kidnapping, natural disaster, life-threatening injuries and during Covid-19 pandemic through its application in 361 cities of Pakistan.

“This application acts as a one-stop shop for emergency services, we have made advancements in technology every year and we have automated most of our processes in the past five years,” said Humanetek - the parent company of Mohafiz - Founder and CEO Fahd Mahmood Khan.

In an interview with The Express Tribune, Khan emphasised that the private sector has to play its role in helping the government since the public sector lacks service infrastructure.

“Federal and provincial governments do not have sufficient infrastructure to support the magnitude of emergencies happening in the country,” he said, adding, “We have mapped private, government and non-government entities, and if government agencies do not respond swiftly, we connect the victim with private entities, such as private hospitals.”

The application was launched in response to the attack on the Army Public School, Peshawar in 2014.

With initial investment of Rs8 million and equity injection of $45,000 by a US-based private investor in 2016, the management has managed to streamline its operations to a level where government departments are now looking forward to collaborating with the company for better emergency services.

In 2018, the management secured another investment of Rs20 million from LMKT, a service-providing company based outside of Pakistan, however, due to low economic activities, this investment has not fully materialised.

Shedding light on the attitude of various departments, Khan said, “Initially, government departments were reluctant to work with us but now we have deep roots within different government emergency sectors and police departments.”

The company CEO said after the recent shocking incident that took place at the motorway, the police service has asked for collaboration. “The motorway police want our company to handle emergency ambulance services on their newly opened tranches.”

The company charges Rs300 per interaction, however, this is not a fixed amount and varies from person to person.

“Some people give thousands of rupees to us in return for the services we provide to them and some do not pay a single penny; people who give more offset the effects of those who do not pay at all,” Khan added.

Lately, the company has initiated another service called ‘Concierge’, which acts as a surrogate care for parents and grandparents whose children are settled around the world and offers timely assistance in all situations.

Khan said a dedicated team of trained professionals like doctors, nurses, attendants, notary and attestation service and delivery services are on board for smooth operation of their new initiative.

“The pandemic revealed that a lot of Pakistanis settled or working outside of Pakistan were extremely worried about their parents in Pakistan. 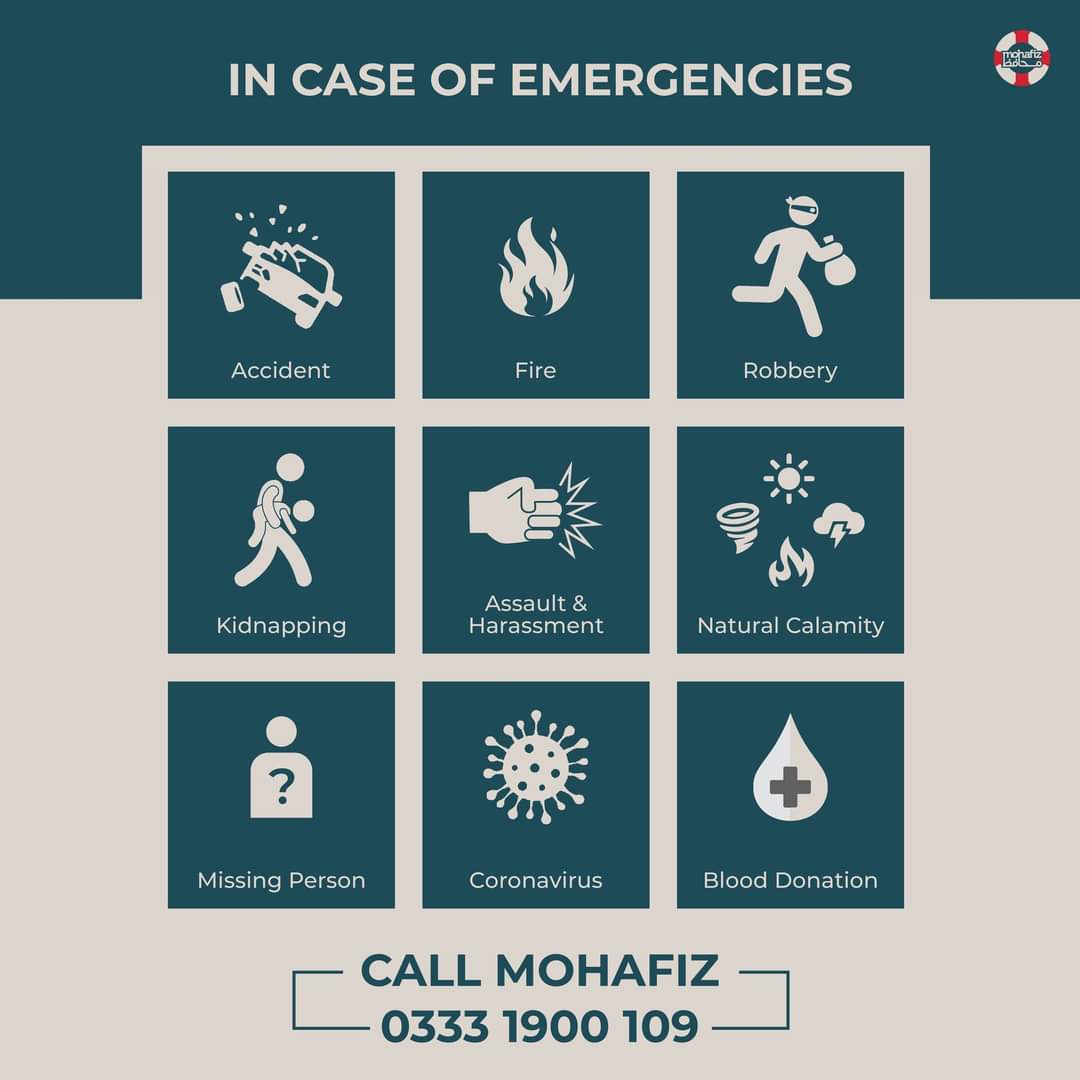 Mohafiz is an app that makes lives safer for the public by giving people access to emergency services through smartphones.